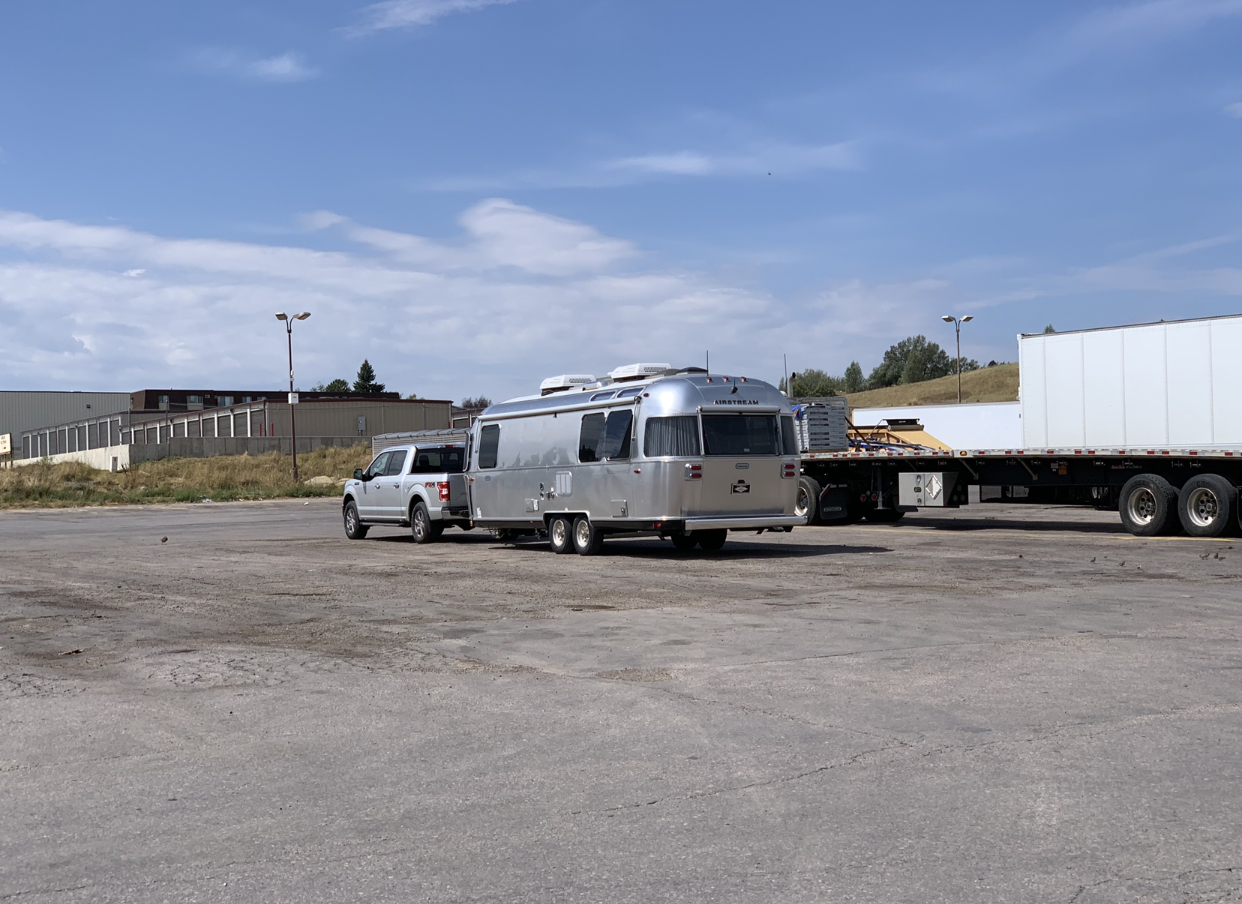 Today I’m coming to you from a Flying J station in Gillette WY between customer calls. Successes so far! Two calls from the road with zero issues. These Pilot Flying J stations are nice as they have done recent WiFi upgrades, and often the wifi extends out to the truck/RV parking areas beside the stations. These nice breaks in the driving give you a safe, reasonably quiet place to do the calls.

One disappointment so far has been the Netgear Nighthawk M1 router on AT&T. The router for some reason needs to be rebooted on a fairly regular basis as the SSID stops announcing itself. I’ve checked settings to disable that, but the ol’ “turn it off and turn it on” seems to fix itself. Plus, even though my iPhone had clear, perfect AT&T network pulling down about 5 Mbs, the Netgear said it was roaming on T-Mobile and had no network connection. The SIM I used for the hotspot was pulled from an iPad Pro, so my only thought is AT&T cheaped out on the data plans there, didn’t want to pay for data in rural Wyoming, and only shows it’s “more bars in more places” to voice capable devices as a money saver.

Side note: Jamf Pro has been an absolute show stopper. If you can set up a Mac from a truck stop off a wireless hotspot, it will work anywhere.